Here's A Crazy Way To Keep Your Best Stylists: Put Them In Business For Themselves 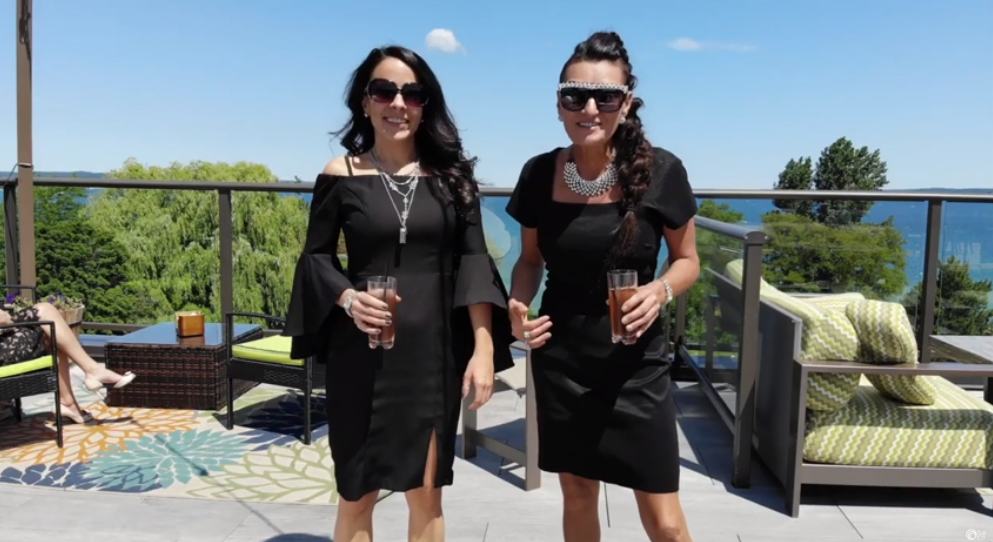 It’s a common situation in many salons. One or two top earners begin to wear down under the existing system. They feel they’re carrying the rest of the team. They resent being told what to do. They think, “If I owned my own salon, things would be different,”―and leave. And when they do, everybody loses. The existing salon loses an outstanding stylist. There may also be disruption within the team. The culture suffers. And often the star stylist loses, too. He or she may not really be cut out for salon ownership. They can find themselves overwhelmed by the weight of all the responsibilities. Or perhaps they open a suite and find themselves feeling lonely and missing the camaraderie of their old team.

Jen Planck, an educator, stylist and SalonCentric Ambassador, along with her business partner Lacey Griffiths, and their previous employer Sandra Dunn have devised an unconventional solution to walkouts. One that empowered two high-achieving stylists to continue to excel and allowed their salon owner to maintain a positive team culture and even create a new form of regular income. Here’s what happened.

After a jam-packed career as a teacher, coach and booked-solid stylist, Planck needed to take a breather. She moved to the small town of Traverse City, MI and joined Dunn’s successful Imprés Salon and Spa—a business that had been a fixture in town for 30 years. “I went back to the beginning,” Planck says. “I needed to take a pause in my career. So I joined as an assistant. I swept hair, cleaned toilets, took out the trash, did laundry, and washed baseboards and chair bottoms on my hands and knees.” Planck loved being part of the Impress team. At the same time, she and Griffiths—who had worked at Imprés for 10 years—became aware of each other and of the fact they had similar work ethics. “Neither of us took breaks,” Planck says. “We always kept busy, folding towels, performing at the highest level.” Soon, Planck was killing it with clients on the floor and Griffith’s productivity continued to grow. “We were working the least number of hours and bringing in the most money,” Planck explains. Everyone knew the situation would soon have to change.

“We had to grow, but I didn’t want to leave Sandra and I didn’t want Lacey to leave Sandra. I always take the owner’s side. I’m against walk-outs,” Planck says. “Instead, I believe you must have courageous conversations and no matter how you proceed, do it respectfully.”

Dunn hit upon a solution. Imprés is housed in a large building that was once an 1800s grocery store. The salon was in the front and a group of doctors leased offices in the back. As Planck and Griffiths became keen to disrupt the Imprés compensation structure, the doctors moved out. Planck remembers, “Sandra came to us and said, ‘You and Lacey should open your own salon. I will create a suite for you in the back. I will help you. I will give you everything you need including client lists.’ At first I said, ‘Are you crazy? I don’t want my own salon! I don’t want people like me working for me. We want to be part of the team! We ARE the team!’ But Dunn insisted.”

Dunn knew that if Planck and Griffiths left, it would completely disrupt her team, not to mention cause her salon to lose hundreds of thousands of dollars. She figured at least she could collect rent from the pair and keep them nearby. Setting them up in their own business would also demonstrate to her team they had options for their own growth.

The road wasn’t smooth at first. “It was like a breakup,” Planck laughs. “We didn’t get invited to the Christmas party. We thought we had lost Dunn. But in reality, her door was always open to us. And when we saw our first paychecks we couldn’t believe it.”

Today, Planck and Griffiths are booked solid, bringing in average tickets of $98 to $400 in 350 square feet. They’re currently hiring and training 15 hairdressers and searching for their next location. Their friends from Imprés often pop in to help when things get crazy. “But Sandra’s stylists are happy working in Sandra’s salon with team-based pay and the culture she has built,” Planck notes.

For her part, Dunn built out seven more suites and they’re all leased. Six of the seven house former Imprés employees. “This smart woman kept her business intact and leveraged her space,” Planck comments. “We all pay rent and she doesn’t have to do a thing—no retail, no backbar, no training or education, no therapy.”

The lesson for Planck, Griffiths and Dunn with this solution is that there is a circle of life for salon owners that didn’t exist previously. “We did not walk out on our owner and screw her over,” says Planck. “We’ve made a choice to work as a team. We are a full-fledged business. There’s fear attached to salon suites, but many of those fears are unintelligent.”

Planck and Griffiths have grown. Dunn’s business has grown. Many of Dunn’s team members have grown. “It’s time to think outside of the circle, square, box,” says Planck. “There are a million ways to do things, as long as you love the business and put your clients first.”
Share on Facebook Share on Pinterest Share on Twitter Share via Email
Related Tags SalonCentric Exclusive Content Suite Renter
Previous
Business
SalonCentric By SalonCentric Team March 11, 2019
Jen Planck | Life is Suite Ep 1
Next
Business
SalonCentric By Modern Salon Custom November 13, 2018
Is Online Booking Right for You?